“…the World Health Organization rates us second in quality of overall health care delivery – second from the bottom. Over 300 autoimmune diseases are associated with gluten alone. Now is the time, with fresh, undeniable research, to improve the standard of care for autoimmune conditions.” 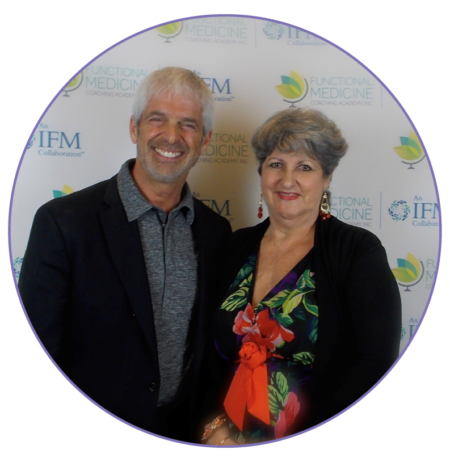 What is a Certified Gluten Practitioner?

What is gluten anyway?

Gluten is a protein consisting of two peptides, gliadin and glutenin –  found in wheat (wheatberries, durum, emmer, semolina, spelt, farina, farro, graham, kamut, khorasan wheat and einkorn), rye, barley and triticale (a cross between wheat and rye). Not all gluten is problematic. This is controversial but I always come back to the fact that we are all unique and what might be problematic for me is not necessarily problematic for you. The ones that are most problematic are:

In the U.S., gluten is not required to be labeled so if you want to be gluten free, it’s important to know all the other names that gluten hides under and also all the ways it’s used in restaurants where you least expect it (scrambled eggs for example).

It helps food to hold together, thus its name is Latin for glue and why you’ll find it used so much as a binding agent and filler in processed foods.

Gluten is not only found in foods. It’s also in a multitude of products in your home, like shampoos, lotions, cosmetics, cleaning products, medications; the list goes on.

If you want to ditch gluten, I’ll help you to detox your home.

Why is wheat causing such a problem NOW?

Because we’re not eating the same wheat today that our grandparents or ancestors ate. There was no highly processed hybrid wheat like there is today. You can read more about that in my blog, Why the Wheat of Today is NOT the Same as the Wheat of our Grandparents.

Our modern wheat today gets at least ten applications of chemicals. And that’s before it’s processed! The active ingredient in Roundup, glyphosate, is used as a drying agent, which allows for uniform crop maturity, making it easier to harvest (and of course is more profitable).

The problem is that glyphosate has been classified by the World Health Organization as a probable human carcinogen.[1]

It can wreak havoc on our microbiome and trigger all kinds of autoimmune diseases and chronic disorders. So to put it bluntly, the majority of our wheat products here in the U.S. contain traces of cancer-initiating glyphosate.[2] Not only that, but glyphosate-based herbicides are toxic and endocrine disruptors in human cell lines.[3] This means hormone mimicry of estrogens, androgens, or thyroid hormones and could possibly cause overstimulation ~ something we don’t want!

What is Gluten Sensitivity – is it REAL?

The technical name for it is Non-Celiac Gluten Sensitivity (NCGS). Some people have inflamed guts induced by their sensitivity to gluten and their villi (small fingerlike projections lining the gut) are somewhere on the spectrum of atrophy. When it becomes totally atrophied, that’s when it’s called Celiac Disease. But other people with NCGS have no gut issues but there’s autoimmunity to other organs and systems (like the thyroid for example) which is induced by gluten sensitivity. “As much as we may wish we could ignore the findings, NCGS is real and can manifest in any tissue of the body.”[4]

Non Celiac Gluten Sensitivity (NCGS) may trigger autoimmunity via gut inflammation or via molecular mimicry – with no gut involvement at all. When the finely tuned trafficking of macromolecules is dysregulated in genetically susceptible individuals, both intestinal and extraintestinal autoimmune disorders can occur.[6]

There is a collection of studies linking NCGS to autoimmunity. The largest study ever completed on gluten sensitivity suggests mortality rates are higher for people with NCGS than CD. That same study reports that people with gut inflammation (symptom of NCGS) are definitely more prone to having leaky gut, and leaky gut has definitely been linked to autoimmune disorders.

You cannot (always) tell
if you’re sensitive to gluten
by the way you feel after eating it.

Many people get sick the minute they eat gluten. But there are others who say “I feel fine when I eat gluten foods”. You may feel fine but that doesn’t mean there’s not damage being done that hasn’t manifested yet. Or maybe it has manifested but you are not connecting the dots that the migraines you’ve been having might be caused by gluten sensitivity. Or what about the brain fog that was so embarrassing the other day? It can cause symptoms like anxiety, depression, insomnia, ADHD, and so many more. Because these are not immediate reactions, i.e., the migraine doesn’t happen immediately after we eat a food, we’re just not likely to link them together.

So how does it lead to “leaky gut”?

Gluten stimulates zonulin release[7], and in all of us, zonulin increases leaky gut and can potentially lead to an erosion of the protective blood brain barrier, which is also known as leaky brain[8].

To use an analogy Dr. Tom always uses, it’s like we have this cheesecloth that’s covering the intestines so that only certain size molecules, like amino acids, can get through into the bloodstream (and it’s only one cell thick). Gliadin and its peptides interact with the intestinal epithelium (the cheesecloth-like layer of cells that forms the lining), releasing zonulin.  When that happens, it makes the holes of the cheesecloth bigger and allows large particles (undigested food, pathogens, bad bacteria, anything in the gut) to pass into the bloodstream and through the body. This is technically called intestinal permeability but you’ve probably heard it called “leaky gut”. It contributes to inflammation all over your body. According to Dr. Tom O’Bryan in The Autoimmune Fix…

Leaky Gut is the gateway to autoimmune disease.

There are hundreds, if not thousands of papers in the literature published on intestinal permeability (leaky gut) and its relationship with autoimmune disease and several other diseases.

In everyday life, here’s what it looks like. You eat toast for breakfast. Gliadin pokes a little hole through the cheesecloth. But then it repairs itself quickly. You eat pasta for lunch and gliadin tears the cheesecloth again. But it bounces back. And for dinner you have pizza and beer and the same thing happens. UNTIL one day – it takes a little longer to repair. And as time goes on, day in and day out, it’s possible it’ll get to the point where it doesn’t repair at all. There are many other factors besides gluten/gliadin that can cause leaky gut, like NSAIDS, medications, antibiotics, toxic exposures, chronic stress, and more.

But with the dominance of gluten in so many things we eat and put on our body, it wouldn’t surprise me if you have to deal with this sooner or later. It’s one of the reasons why autoimmunity is on the rise and I want you to know – you can avoid going down that slippery slope. Even if you have a genetic predisposition, you can learn how to turn the switch OFF!

Dr. Alessio Fasano (Harvard), has concluded in his research that…

“No human can digest the toxic gluten
proteins of wheat, rye, and barley.”

Gliadin exposure induces an increase in intestinal permeability in all individuals, regardless of whether or not they have Celiac Disease[9] (this refers to the family of gluten proteins found in wheat, rye, and barley – considered to be toxic inflammatory grains).

Leaky gut could be a mediator of excess visceral fat in women.

Research from Sweden concludes…“This novel finding of an association between intestinal permeability and visceral adiposity and liver fat content in healthy humans suggests that impaired gut barrier function should be further explored as a possible mediator of excess visceral fat accumulation and metabolic dysfunction”.[10]

What is a Gluten Related Disorder?

When you notice a change in your body function, blood chemistry, or immune system because of gluten, it is called a gluten related disorder.  Are you as shocked as I am that there are more than 300 gluten related disorders?  This slide shows that they start beneath the water line. You won’t be able to see it. You probably won’t even feel it. It may take years and years of building up and one day something happens and, as Tom O’Bryan always says,

“Whenever you pull on a chain, it will always break at the weakest link.”

Maybe it manifests in your heart and you have absolutely no symptoms but one day you’re diagnosed with Idiopathic Cardiomyopathy and you’re put on a heart transplant list.

Or it could manifest in your joints but the doctors call it Rheumatoid Arthritis.

Wherever your weakest link is, that’s where you’ll see what we call a “gluten related disorder”.

What is Celiac Disease (CD) and what are symptoms?

As defined by the Celiac Disease Foundation…

Celiac disease is a serious autoimmune disorder that can occur in genetically predisposed people where the ingestion of gluten leads to damage in the small intestine. It is estimated to affect 1 in 100 people worldwide. Two and one-half million Americans are undiagnosed and are at risk for long-term health complications.

There are different symptoms for children vs adults. Celiac Disease can be “classical”, “non-classical”, or “silent”.  Each has different symptoms that are certainly not limited to gastrointestinal. I won’t delve into that here but I want to point this out. When someone has “silent” CD, patients THINK they have no symptoms. But that’s because the dots are not being connected. Once they’re on a strict gluten free diet, acid reflux goes away, abdominal bloating, abdominal distention, and flatulence typically goes away.

So what characterizes Celiac Disease is the total damage to the villi, the small fingerlike projections lining the small intestine. Without the villi, nutrients can’t be absorbed properly. Dr. Tom describes the villi as shag carpet (you old enough to remember that?) and when you have CD, your shags are all worn down resembling more like a Berber carpet. The problem with some testing is that if your shags are not totally worn down to Berber yet, you won’t be accurately diagnosed. Who wants to wait until it’s that far gone to be diagnosed? If you work with me and are concerned about this, we can talk about solutions.

If eating gluten free was a DRUG or a VACCINE…

All the school districts would make it mandatory! The doctors I know who prescribe a gluten free diet to their school-age patients say that the teachers are amazed at the difference they see in the children. They reason much better. They focus better. Their behavior dramatically improves. Teachers assume they’re on prescription drugs because of their dramatic behavioral changes. But it’s all about living a gluten free lifestyle. Not just food but what you put on your body too. Like shampoo. Body lotion. Soaps. Sunscreen. Suntan lotion.

What impact are you making for our next generation?

Dr. David Perlmutter says that the food we eat is sending signals to our DNA – our code of life. We can either choose to send signals that code for health or signals that code for disease. My mission is to help others become aware, to be educated on this important topic which has such an impact on all of us.

What you do to change your microbiome is inherited by your children and their children for generations.

“…for the first time in history, our children have a shorter projected lifespan than their parents”[11]

In conclusion, let me quote Dr. Jeffrey Bland who is known to many as the “father of Functional Medicine”…

“Throughout your life, the most profound influences on your health, vitality, and function  are not the doctors you have visited or the drugs, surgery, or other therapies you have undertaken.

The most profound influences are the cumulative effects of the decisions you make about your diet and lifestyle on the expression of your genes.”

I would be honored to help you with those decisions about your diet and lifestyle.